A belief in the existence of a Supreme Being, and in the immortality of the soul.

So, there is an ancient tale about several cave men on a hunt.  They have hounded their quarry for miles and miles and miles.  Killing a few here, pausing to rest, catching up with the herd.

After days of this, they feverishly tire, and have to stop to take respite at a pond in the noon-day sun.

The three gather over a clear pool, and the two are looking over the third’s shoulders, cupping water and taking in its cool refreshment.

The one in the middle stops drinking and peers into the pool.

He realizes, in the moment, who is looking back at him.

“It is I,” he proclaims in internal voice.

The knowledge of existence.  Of good, and of evil.

He recognizes the two behind him as his hunting mates, and at once he knows who he is.

No longer like the dog in the pack, he has his individuality. He is human.  He is man. 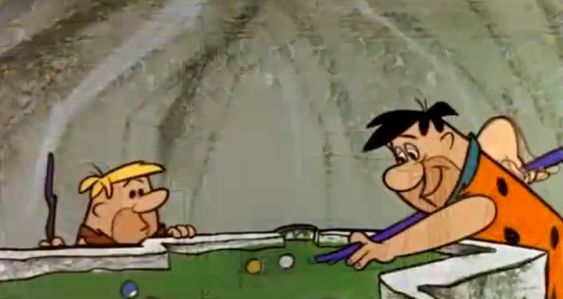 The next question, it is said, would naturally be “how did I get here, and are we alone in this universe?”.

”The earliest Homo sapiens probably had the cognitive capability to invent Sputnik,” said Dr. Sally McBrearty, an anthropologist at the University of Connecticut. ”But they didn’t yet have the history of invention or a need for those things.”

No longer a stupid animal, man has become elevated in his thinking.  He now knows he exists, and further, he knows, deep down, that something else exists.

He knows he is not alone.

His companions, reflected behind him in the pool of water, are proof of this, and the star in the noon sky, the sun, is further proof of sentience beyond the mortal realm.

And so it is, that time progresses, and when Moses Himself meets the divine Architect of all that is, all that was, and all that will ever be, he asks the simple question “Father, what shall I call you?”.

And so it is that we modern Freemasons are faced with the same precept.

We acknowledge and proclaim our belief in the Supreme Architect of the Universe, and further in the immortality of the soul.

But moreover, GOD EXISTS, and through Him, we exist immortally.

He is the vine, and we the perpetual fruit of that vine.

We are one in God. This site uses Akismet to reduce spam. Learn how your comment data is processed.

The Avenue’s Other Tablets

Up in the Archives

Posts from the PAST